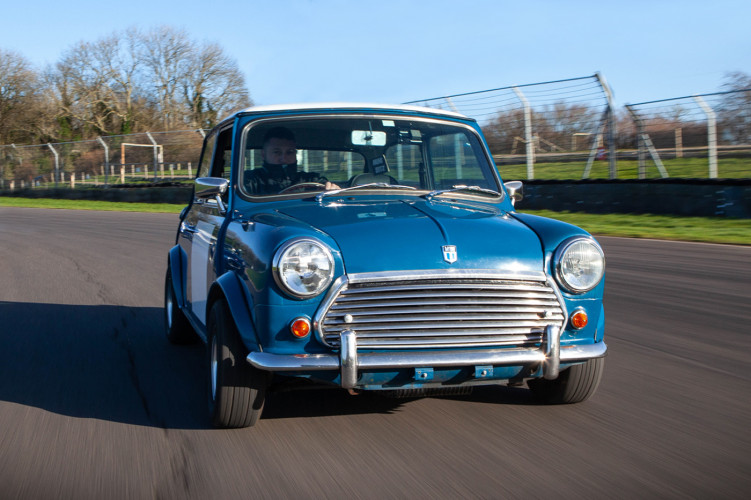 The Mini is a small economy car produced by the English-based British Motor Corporation (BMC) and its successors from 1959 until 2000. Its space-saving transverse engine front wheel drive layout – allowing 80 percent of the area of the car's floorpan to be used for passengers and luggage – influenced a generation of car makers. In 1999 the Mini was voted the second most influential car of the 20th Century, behind the Ford Model T.

Used in the 1969 film 'The Italian Job', the registration number plate that this example carries, HMP729G - the special significance was this plate stands for, Her Majesty's Prison and the number and letter was the prison identification for Charlie Croker (played by Michael Caine)

The Italian Job sees Charlie Croker's gang of crooks steal millions of pounds worth of gold from armoured vans in Turin and then make their escape in three Minis painted red, white and blue, the colours of the Union Jack. The resulting chase with the Italian police is often voted as one of the best-ever in the history of movies. The three Minis are driven through a shopping mall, down pavements, down steps of a cathedral as a wedding is taking place and then up on the roof of a huge stadium, bamboozeling one of the following squad cars. This is one of the most epic and British driving experiences available! Can you escape?

"You were only suposed to blow the bloody doors off!" Michael Cain

Made Famous By - The car apeared in the 1969 film The Italian Job'.

No reviews as of yet.