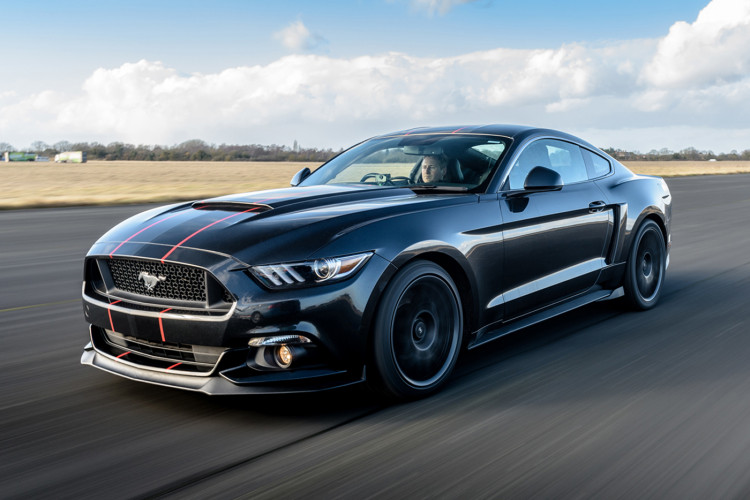 Ford's new Mustang, the 2016 Mustang GT V8 with an extra kick from those amazing people at Roush Performance!

A true modern muscle car with loads of power from its big V8 engine and handling to take on the best European contenders. As Jeremy Clarkson said, 'This is a machine that wants to turn its tyres into smoke and go around every corner sideways. You’ve seen the film Bullitt. Well, it’s that.'

Electrifying in every way, this car does not disappoint. It's roaring sound of the V8 under the hood, you really get the idea of why people love the Mustang so much. If you are a muscle fan, then this will be the car for you. Even though you have all the creature comforts that we are now accustomed to having in our cars, make no mistake about it, this is a true Mustang, worthy of the badge and worthy of its place in the Muscle Car Hall of Fame! Take a drive and be blown away!

"BETWEEN A ROAD CAR AND A RACE CAR IS A ROUSH CAR..." Jack Roush

Made Famous By - The car apeared in the film Transformers : The Last Knight