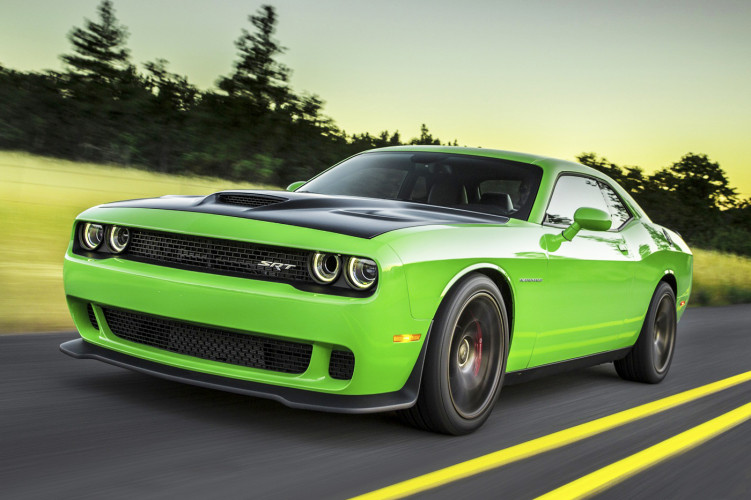 Dodge, founded as the Dodge Brothers Company machine shop by brothers Horace Elgin Dodge and John Francis Dodge in the early 1900s, Dodge was originally a supplier of parts and assemblies for Detroit based automakers and began building complete automobiles under the "Dodge Brothers" brand in 1914. It was when Chrysler bought the company however that they then started putting muscle cars on the map.

Violent. Crass. Obnoxious. Powerful…these are words that more closely describe the Hellcat. It’s an obscenely overpowered car that more than represents America’s need to be the biggest and baddest. It’s obscenely powerful and heavy and wide, but it sure can handle. That supercharged 6.2 litre HEMI engine may seem to pump out more power than the car can handle, but SRT has also made sure to pay attention to the suspension as well, with a three mode active suspension that can be toggled between Street, Sport, and Track.

For me this car pushes all of my 'hooligan' buttons, something that you would not admit to liking, but deep down, you just want a ride!  It’s kind of like the meathead at the gym grunting and wailing with every rep, annoying all the other customers and acting like he owns the place, but then turns around and discusses quantum physics with you.