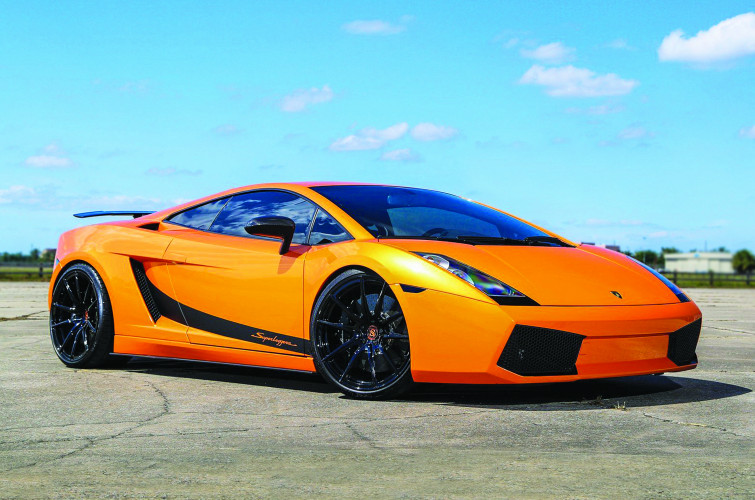 My Husband and I booked this for my 10 year old Step Son. He takes after his Dad and is a budding petrol head. He drove the Lambo, the Skyline GTR and the Roush Mustang, we also topped up with a sighting lap and a High Speed Passenger Ride in the Ariel Atom. It was a fantastic day and he absolutely loved it. All of the Instructors and Team there on the day were fantastic. We went to Blyton which meant that we were able to watch him all the way round. Would not hesitate to recommend this brilliant experience. I have no doubt we will be back for more over the coming years.

Fantastic day out this was bought for a gift for my birthday my Lamborghini Spyder that i originally picked online wasn't there on the day so i got to choose the other lamborghini the staff were very apologetic and very helpful , worth every penny will be booking another driving experience next year with a few of us 5 stars !

A fabulous day and what a car. The stuff that dreams are made of. From signing in to booking in an extra sighting lap which gave valuable information about the track and how to drive it. I did this in addition to the James Bond Aston Martin which can I just say given both instructors were an absolute credit to the company. They put me at ease and encouraged me to enjoy the experience to the full which I certainly did.

An amazing well organised experience. Upon arrival we was told that the Porsche my son was due to drive had blown up the day before so we was given two options which were cars my son had never heard of so during the sign in I said my son was dissapointed and the staff member said he could drive any of the junior cars, he chose the Supra and after an hour and a half wait the Supra was still with the mechanics so we went back to sign in and they couldnt be more helpful, we explained that my son was very dissapointed as he both cars were broken and so they said he could chose a Super car to make up for it, he chose the Lamborgjni Gallardo and had an amazing time!!!! 10 years old and driving a Lambo, whats not to love but I was most impressed by the staff they were all brilliant with him and all the juniors and when we were leaving the circuit one of the sign in staff made an effort to find us to make sure we was happy and had a good day, I wish I had taken her name as she deserves some recognition.

What an experience. I drove 3 supercars at Castle Combe for 2-2 laps. This Lamborghini was my last car, so I roughy knew the circuit. This car was fantastic to drive. The sound of the engine was very good. After my first lap, I reached very high speed at the straight finish line. After the esses, I was told to accelerate. I put my foot to the gas pedal, not too hard, as the track was wet, but at a slight left bend, the car started to skid on a bit of a water, but I could hold the car on track. My instructor, who was very good, told me I nicely held the car on the track at that speed. Thank you again for this wonderful experience.