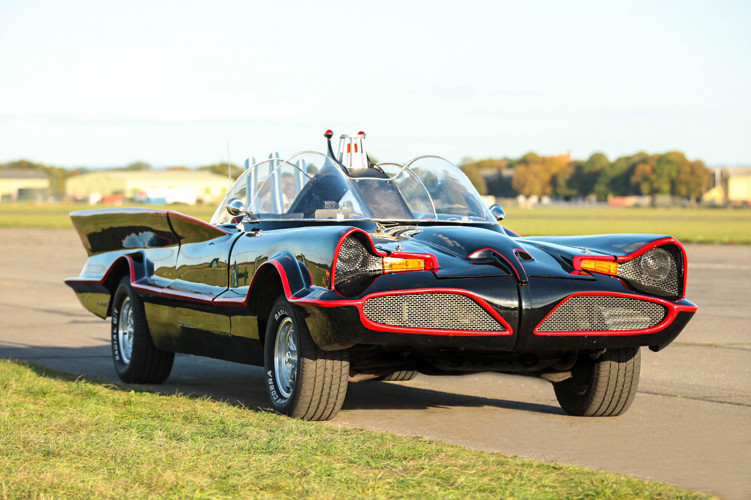 Before it was that very special car, we like to call the Super Hero car, it was a 1955 Lincoln Futura concept car. The concept car debuted at the Chicago auto show in January 1955. In 1959 the Futura made its film debut in the MGM movie, 'It started with a kiss'. After that, the car would have been forgotten and perhaps destroyed, as most show cars of that time were. However, it was later sold to car customiser George Barris. Despite the cars original cost of $250,000, the Lincoln Futura was sold to Barris for $1 by Ford motor company. Over time it was parked behind Barris' north Hollywood shop, where it sat idle for several years and was allowed to deteriorate.

In 1965, a tv show producer, William Dozier approached George Barris to see if he was interested in building the Super Hero car and he was given three weeks to complete the project. Seeing the bat-like qualities his 1955 Lincoln Futura concept car already had, George knew it was the perfect answer to the quandary 20th Century Fox has created. On October 11th, 1965 the Super Hero car was completed and delivered to Fox where it made its television debut on January 12th, 1966. It was considered so valuable at the time, it was insured for $125,000

So, are you going to be one of the caped crusaders? Come and take a drive!

Made Famous By - Made famous by being the first Batmobile in the original TV show and movie.