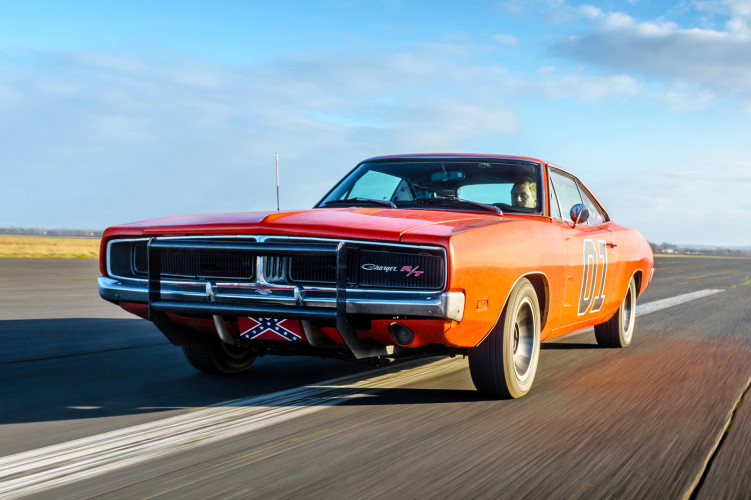 The General Lee is the name given to a 1969 Dodge Charger driven in the television series The Dukes of Hazzard by the Duke cousins, Bo and Luke, along with cousins Coy and Vance. It is known for its signature horn, its police chases, stunts, especially its long jumps and for having its doors welded shut, leaving the Dukes to climb in and out through the windows.

So, all you Duke’s lovers, come and get into a piece of history as this one was part of the original TV programme and features the signatures of all of the original cast and crew on the back of the car. Jump in through the window, put on the cowboy hat and give us an old 'ye-ha'!

Made Famous By - The car featured in the Dukes of Hazzard TV programme and film.