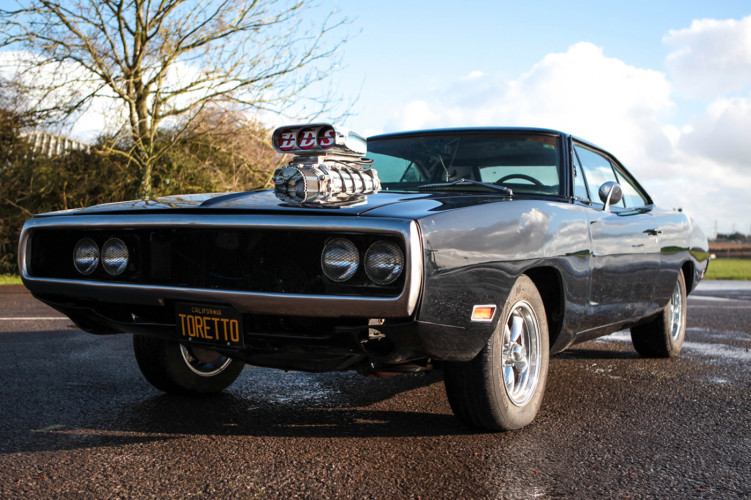 This 1970 Charger R/T is one of the major cars driven in the Fast and Furious movie franchise by 'Dominic Toretto', making its first appearance in the 2001 film 'The Fast and Furious'. Rated around 900 horsepower, it ran a 9-second flat quarter-mile time at Palmdale Speedway. Dom states there was so much torque that the chassis twisted coming off the line and his father barely kept it on the track.

Come and jump in the beast!

Made Famous By - The car featured in the Fast and Furious film franchise.